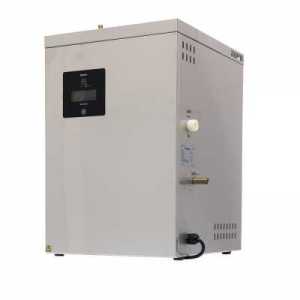 Garners Food Service Equipment is another distributor impressed by Instanta’s UCD range. ‘There is nothing on the market that gets close to matching the UCD range in terms of performance and reliability,’ says Garners’ Peter Walker. ‘In fact, so much so that where a project calls for a machine of this type the UCD boilers are one of the very few items that we specify as standard.’

One such installation was the redevelopment of the north stand at Wolves’ Molyneux stadium. ‘The stand had a mixture of older Instanta machines and boilers from another supplier dotted around the various kiosks,’ says Peter. ‘Based on the positive experience of supplying the UCD boilers on other projects we had no hesitation in recommending them to the club and that decision has been fully vindicated at the tills! According to the club’s General Manager the average per-fan spend within these kiosks has increased from £1.80p to £2.60, helped in no small part by the UCD units which enable staff to serve quality hot beverages quickly and easily. Across the stand itself there are 6 kiosks (4 for home fans and 2 for away fans) and a total of 14 undercounter boilers - more than enough to cater for the 8,000 or so fans that fill it on a matchday.’

Further redevelopment of the ground is planned, largely dependent on the performance of the team on the pitch, and additional UCD units will be part of this as they have been at other stadium projects Garners have worked on including Saracens RFC and MK Dons.