How Coffee Improves Your Work Environment 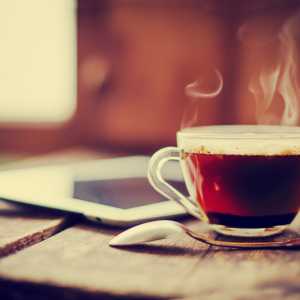 Domestically, internationally and within a company, our goal is usually the same: growth in the bottom line. However there has been a concerning trend in major economies: worker productivity is consistently down.

So, it seems, we need some help. Is there a simple solution already waiting in your company's break room? Scientific studies have provided convincing evidence that moderate consumption of coffee carries a number of health benefits, many of which make people more productive while working.

Increased output and quality of work

It's true. Caffeine makes us work faster and, if it is sipped while performing tasks we are used to and which don't require too much abstract thinking, our faster-paced activity will be just as accurate. It has also been shown to decrease attention lapses and even improve declarative memory, or memory creation and retention.

When consumed in hourly amounts of between 20 and 200mg, caffeine can give your brain power a boost. The journal Nature has found that 600mg of caffeine is comparable to the well-regarded nootropic drug modafinil in terms of its effect on the brain!

The smell of coffee alone de-stresses us

Passive coffee, anyone? Just the aroma of coffee can fight fatigue and act on the stress receptors in our brain, according to a study at Seoul National University.

The National Institute of Health have found that drinking four or more coffees made those studied around 10% less likely to experience depression, due to its high count of antioxidants.
It can keep your brain healthy for years to com Remarkably, moderate coffee consumption has been found by researchers from the Universities of South Floria and Miami to reduce the risk of Alzheimer's, the most common form of dementia, or delay is onset by between two and four years.

Let's not ignore the drawbacks of drinking too much coffee; having more than three or four cups a day (depending on the strength) is not smart for most people, and some warn against drinking coffee before 9am, as your brain's receptors need a chance to wake up without caffeine giving them a kick first.

One safe conclusion to draw from this, however, is that being able to have a coffee or two at your desk is certainly not going to do your productivity any harm.
Follow @InstantaLTD
Back to all articles