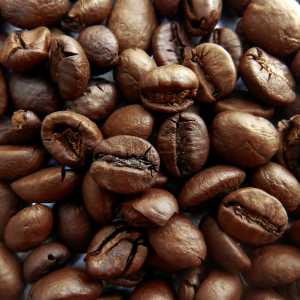 Britain consumes 500g of coffee per man, woman and child every year, and with so many new coffee shops opening in the UK’s high streets, it’s a market which is becoming more and more popular. The UK coffee industry had an estimated turnover of £6.2billion in 2013.

Started by the ICO (International Coffee Association), International Coffee Day was intended to bring coffee drinkers across the globe together to celebrate their favourite hot drink, whether that’s a smooth latté, or a powerful espresso. It’s been celebrated informally since 1983, when the All Japan Coffee Association first decided that we needed to honour the humble coffee bean. That celebration spread across the world, reaching prominence in the big coffee chains in 2005.

Retail outlets are being encouraged to mark the event with special offers, so keep an eye on your local coffee shop for great deals. Starbucks, McDonalds and Dunkin’ Donuts were all very active in promotional activities in 2014, handing out free samples or discounted cups of coffee.

It’s also a great opportunity for the industry to promote Fair Trade Coffee. Many coffee growers don’t get paid a fair price for all their work, but purchasing Fair Trade coffee ensures that you’re allowing the hard working coffee growers to provide for their workers and families.

So where does the coffee bean originate? Coffee beans are actually more like a berry. They grow on the coffea plant, in about 70 countries which are predominantly situated on the equator. The best known producers are the Americas, Southeast Asia, India and Africa. The earliest recorded instance of coffee as a drink was in the 15th century, in Yemen, where it was used solely for religious ceremonies.

Despite the brown colour of the bean which you might be familiar with, the coffee bean is actually green when picked, and very bitter in taste. They’re generally then sold on to large scale producers in this raw state, who roast them, which gives them the brown colour we know. Different roasting techniques are applied, depending on how the producer wants their particular type of coffee to taste. After roasting, they’re ground down and ready to be used to make your favourite brew.

Join us in celebrating a national favourite – grab a cup of coffee on International Coffee Day!
Back to all articles