Time For A Coffee? 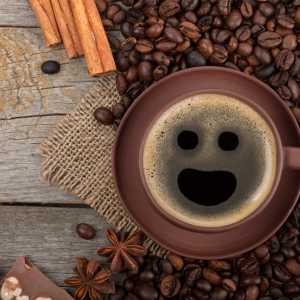 Why your morning coffee isn't such a good idea

That morning cup of Joe may not be such a good idea after all, recent evidence suggests. The reason is due to our internal biological clock, circadian rhythm, which regulates our energy levels throughout the day. It is because of this biological clock mechanism that phenomenons like jet lag occur. Our circadian rhythm also regulates our body's production of cortisol, which apart from playing a part in the body's natural fight or flight mechanism, also contributes to how alert you are. Cortisol is at its peak in the body between 8:00AM and 9:00AM and combining caffeine does not have a positive effect, as one might think. In fact consuming caffeine in this period has been shown to both diminish the effects of caffeine as well as built up a tolerance - not a good combination! This leads to the user having to ingest a higher and higher amount of coffee for the same results.

For this reason it is advised that you wait until after 9:00AM to drink your first cup of coffee. This will allow the maximum possible uptake or cortisol in the body which will provide a natural wakeful sensation, but it also will ensure you get the most out of your caffeine and do not have to consume unnecessarily high doses of caffeine, which can have nasty health effects. When too much is consumed, caffeine can lead to; an increased heart rate, nausea, tremors, anxiety or a sensation of restlessness.

There are however many health benefits associated with consuming coffee, when it is not consumed in excess. Caffeine can act as a natural appetite suppressant which is useful for those of us looking to lose a few pounds, or to fit into that old jacket that you have since outgrown. As well as being an appetite suppressant, caffeine also boosts the body's metabolism naturally by 3-11%. Apart from these very nice perks of consuming a daily cup of coffee there are also these added benefits:

So it seems that coffee is more of a balancing act than first though and the answer to the question of drinking coffee is not simply yes or no, but when.
Back to all articles