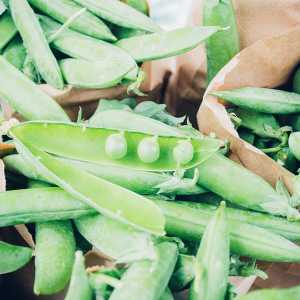 With Great British Pea Week starting today, at Instanta we wanted to honour the annual celebration of peas by sharing some facts and delicious recipes to cook in your Instanta sous vide.

In the UK, peas are harvested between July and August for six weeks only. This harvest generates enough peas for the whole country to eat for an entire year – and that’s with the average person eating 9,000 peas each![1]

Britain is 90% self-sufficient in pea production, with the UK being the largest producer and consumer of frozen peas in Europe1. As far as nutrients go, peas include high levels of vitamin C (one serving contains as much vitamin C as two large apples!), vitamin A, folate, thiamine (B1), iron and phosphorus, making them rich in protein, carbohydrates and fibre1.

So, to ensure you’re taking part in the deliciousness of Great British Pea Week, here are some easy-peasy recipes to cook in your Instanta sous vide!

2)     Combine onion, garlic, dried rosemary and peas in your sous vide bag, squeezing all the air out before sealing.

4)     Place the stock, mint and pea mixture in a blender and blend until smooth.

2)     In a mixing bowl, combine cream and cornflour and whisk until the cornflour is dissolved.

3)     Put the cream mixture, peas, butter, bay leaf and garlic into your sous vide bag, squeezing all the air out before sealing.